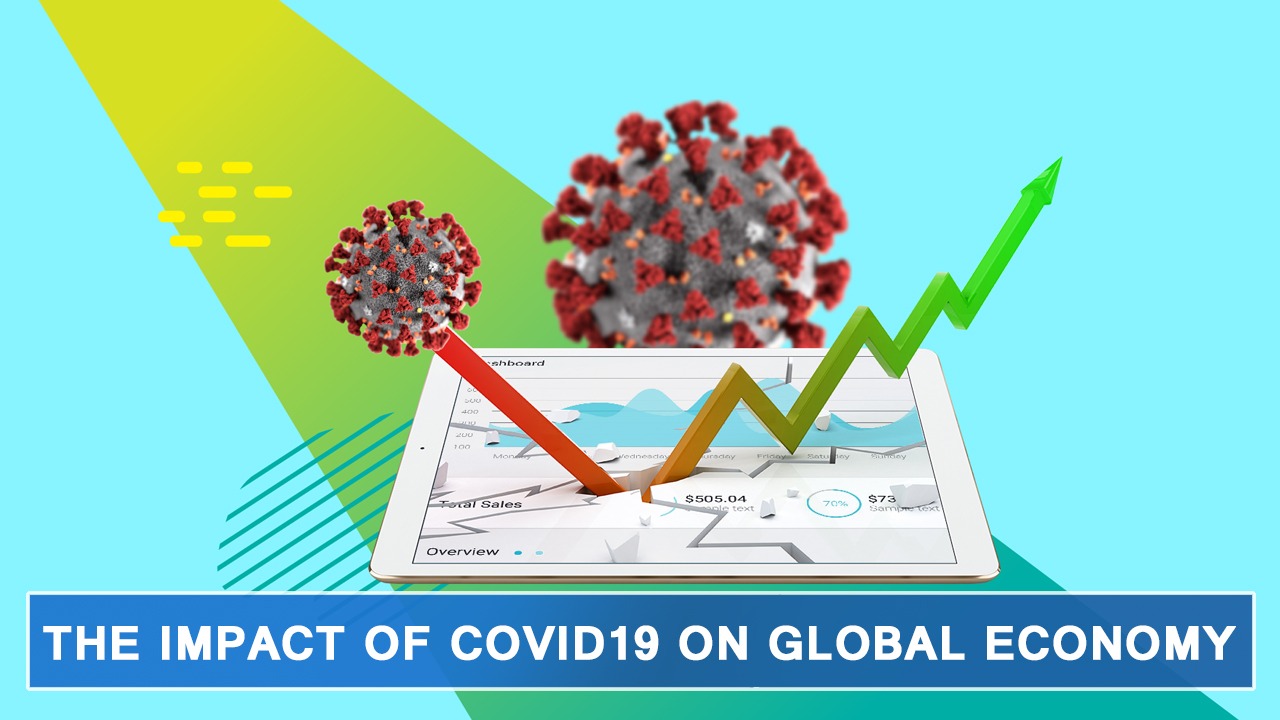 The Impact of COVID-19 on Global Economy

The world is resting. Nature is rebooting itself after the complete world population is in a lockdown situation. According to economists, we have never witnessed such an unexpected shock in the last 100 years of our history. The number of confirmed cases has crossed 3.16 million across the globe and the death toll has increased to 220k+ as on date. The United States, Spain, and Italy were the worst-hit countries.

The other problem mounting is the stock markets which plummeted almost one-third of its levels in the period of February to March. The pandemic has disrupted the global supply chain and international trade. This puts huge pressure on world economics. It is expected that the global economy can shrink up to 1% in 2020.

What do economic metrics tell the story?

Out of the various indicators that define the economic state of a country, the Purchasing Managers Index (PMI) measures the level of manufacturing and services activity of an economy. A PMI value above 50 indicates expanding services and manufacturing and a value below 50 indicates a contraction of the same. Due to the quarantine and physical distancing measures, China’s PMI has decreased from 51.8 in January to a free fall of 26.5 in February, the lowest reading since the indicator was found.

The Eurozone and the US economies are still in the downfall with a huge hit to the services PMI. In Eurozone, for instance, the services PMI has disastrously fallen from levels of 52.6 in February to a never-before-seen figure of 28.4 in March.

Also, the trade momentum (imports plus exports) as measured by the Container Throughput index, which measures the traffic in the global ports, has reduced by approximately 10% since the breakout. The figure highly aligns with the subdued trading activity in the US-Pacific ports. The rising government bond yields are also a few of the many economic implications of COVID-19.

The future severity of the economic impact will largely depend on two factors - the duration of restrictions on the movement of people and economic activities in major economies; and the actual size and efficacy of fiscal responses to the crisis.

While the governments are trying to open the market at a reduced workforce and at 50% or less of total productivity, the idea is still under check. If the number of patients spikes sharply then everything could be brought to a standstill. AGAIN.

It is anticipated that only a well-designed fiscal stimulus package, prioritizing health spending to contain the spread of the virus and providing income support to households most affected by the pandemic would help to minimize the likelihood of a deep economic recession

The only positive from that situation is that pandemic struck countries are healing fast. China has already begun to open its economic activities. Countries like Italy have also started off their industries and football practices are under discussion in Spain.

At the same time, India is also aiming to open the economy slowly. Currently, there are plans to open the export of automobiles and auto parts as about 4-5 billion dollars are at risk.

Irrespective of the economic packages offered, the successful recovery from this dire the scenario will happen if and only if the citizens are responsible enough to stay Indoors as per the lockdown rules imposed by the respective government.

So, we urge people to stay indoors and take care of themselves as this is the only way to finally step outdoors without fear.